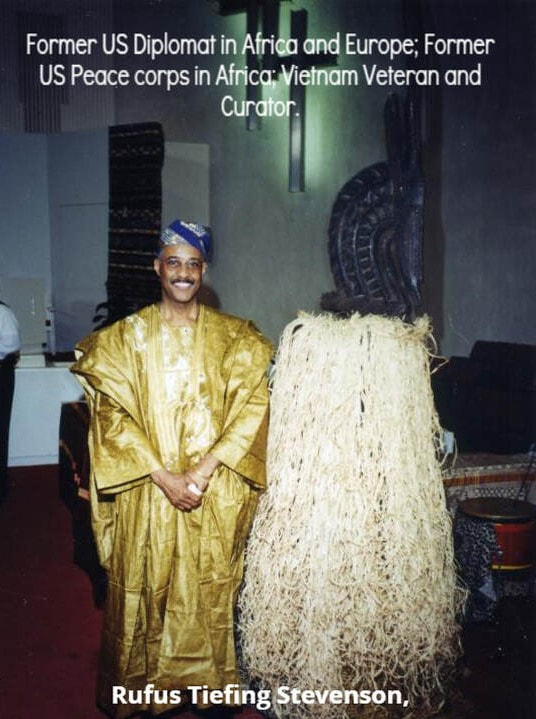 ​
​Mr. Rufus T. Stevenson served as a United States Diplomat and Peace Corps Volunteer in Africa. He also served as a US Diplomat in Europe. He is also a Vietnam Veteran.

While in Africa, in his own words, Mr. Stevenson connected with the civilization of his ancestors and experienced the richness of Africa's untold civilizing influence on world civilization.

As a Diplomat in London, he began telling the story of African ingenuity through African Textile Arts by dressing the venues with African artifacts and fabrics.


​In 1997, the United States Postal Service honored Kwanzaa by issuing stamps depicting an aspect of the festival.

Mr. Rufus Stevenson is the founder and CEO of Tiefing Collenction