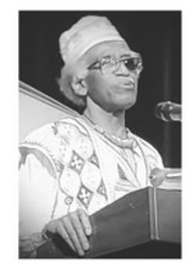 
Dr. Kelsey Collie is Professor Emeritus of Theater Arts at Howard University where he also served as Assistant Dean of Fine Arts. He taught English prior to joining the Theater Department faculty, where he founded the internationally renowned Howard University Children’s Theater (HUCT).

It is appropriate that the theatre of Howard University, the "capstone of Negro education," be named after Ira Aldridge (1807-1867), hailed as the "African Roscius" and a "capstone" in the annals of Theatre and Dramatic history. Aldridge was educated at the African Free School, established in New York in 1787.

Dr. Collie also developed a major concentration in children’s theater, which was only one of two HBCU programs accredited by the National Association of Schools of Theater. He taught drama at Barnard and Minor Elementary Schools in the District of Columbia.

As a drama therapist he has worked at the Jackie Robinson Center. He directed plays and musical shows at the Lincoln Center (NYC), the Empire State Theater or the “Egg” (Albany, NY), Crystal Palace (Nassau, Bahamas), Caribana Festival (Toronto, Canada) and Townhall (Dundalk, Ireland) as well as workshops in Finland, Ireland, England, Czechoslovakia, the Bahamas, and throughout the United States. Included among his directorial credits is “Night of the Divas” at the Kennedy Center with Cicely Tyson, Nancy Wilson, Clamma Dale, the Louis Johnson dancers, and the Bennett College Choir.

​Dr. Collie himself appeared in bit parts or as an extra in several motion pictures including “Suspect” with Cher and “Men Don’t Leave” with Ryan O’Neal. He also appeared onstage with Al Freeman, Jr. in “Ceremonies in Dark, Old, Men”.

Dr. Collie’s former students (both from Howard University and from the HUCT) include Anthony Anderson, Taraji P. Henson, Chadwick Boseman, Tony Powell (who was hand-selected to appear in the European Premiere of “Raisin”) and Kelly Williams (who appeared in the ABC TV show “Family Matters”). Dr. Collie was also a talent agent/manager for several clients through Kelsey E. Collie Talent Associates, established with his associate and friend Melvin Andrews.

He has performed on stage in the film, “Suspect” with Cher; in an HIV-AIDS infomercial; and in churches around the Washington metropolitan area. As the academician and Artistic Director for “My Little World-
--A Day in Pre-School,” he brought a wealth of experience and knowledge in using performance for transdisciplinary lessons.


He has served as Artistic Director for such community groups as GEM Productions, Color Me Human Players, and the Serenity Players.

On October 11, 2019, Professor Collie was honored by Howard University Players. He thanked his former students, colleagues, and those who helped in the development of the Hoard University children Theatre and the Playmakers Repertory Company.

In 2020, the Washington DC Hall of Fame Society honored Professor Colie as the awardee in the category of Cultural Arts.
​
Having taught many of the African American performers on stage, screen, and television, Professor Collie is devoted to the development of young performers. 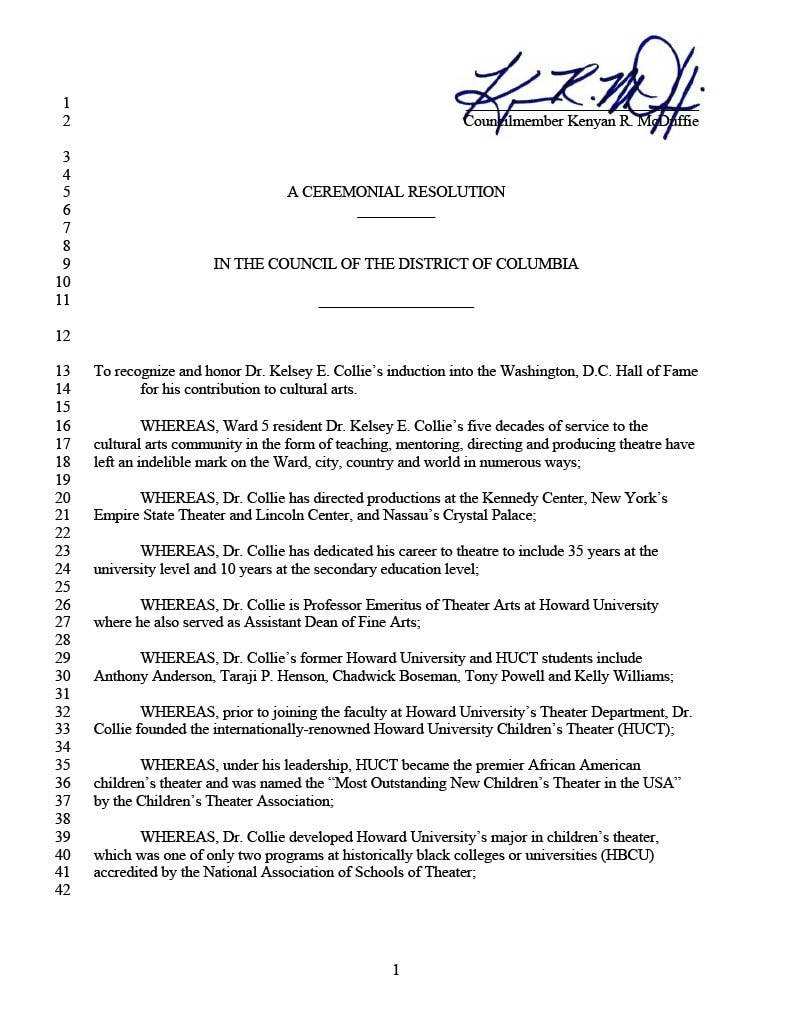 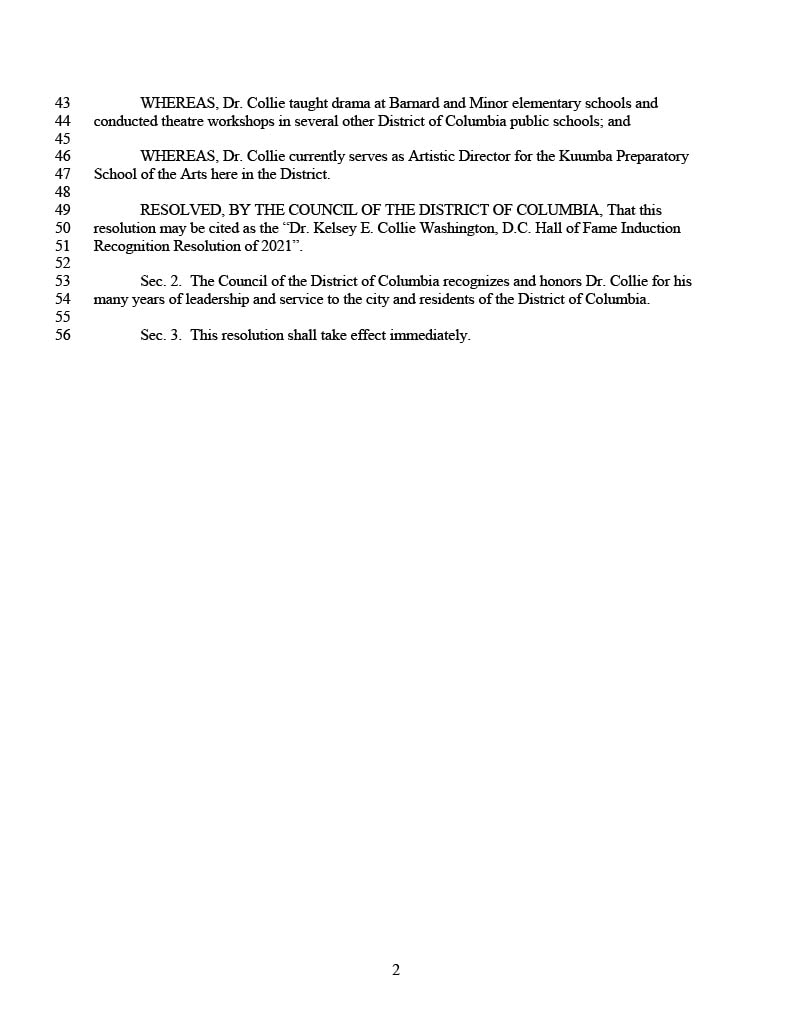